Machined out of a single block of high grade steel, gas nitrated and blued, the Schultz & Larsen ‘Slide & Lock’ scope mounts are almost certainly the lightest all-steel scope mount made anywhere in the World.  Incredibly strong and virtually rust proof, due to the special hardening process, these mounts are available in a range of heights and diameters.

A unique feature of the mount is the rapid change Summer or Winter positions. On both Classic and Victory models there are two locating positions for the mount (The Legacy has only one due to the shortness of the action). The forward one is for Summer use and the rear for Winter. This moves the scope about ½” and compensates for the differing thickness of clothing. The scope can be slackened and repositioned without the need to remount. You should fire a couple of test rounds after moving to check zero but due to the exact alignment of both positions with the bore the zero will move only slightly if at all. Certainly less than 1 MOA (about 1” at 100 yards).

The mounts attach with Torx screws and, for convenience, these can be changed to QD levers. The Torx screws have the advantage of being flush fitting and can be tightened with a torque wrench when changing between positions. Tightening to identical torque will reduce any changes in zero to, well, zero. With QD levers you have the advantage of convenience but are unable to use a torque wrench. In practice this is not a major issue.

Loosely speaking, torque is a measure of the turning force on an object such as a bolt. Torx, developed in 1967 by Camcar Textron, is the trademark for a type of screw head characterized by a 6-point star-shaped pattern.

For those who prefer a different mount, all Schultz & Larsen rifles are drilled and tapped to accept alternative bases such as Weaver.

‘Slide & Lock” Mounts are available in the following sizes from our Online Store:

A mount is also available for scopes with the Zeiss Rail. 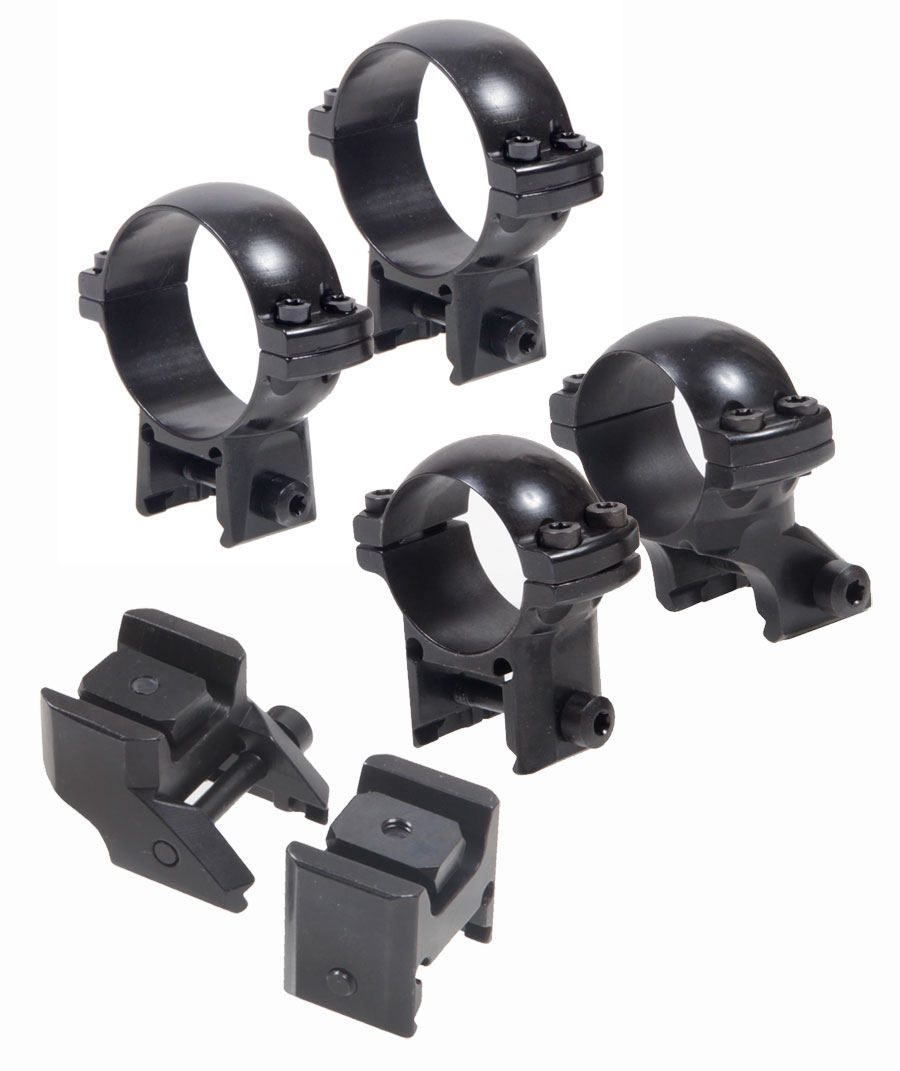 Accuracy as Standard Since 1889

The Schultz & Larsen range includes a stunning variety of switch barrel rifles such as Victory, Ambassador, Classic DL, Legacy and Tactical for every situation as well as some excellent accessories to suit other rifles. To find out more about the rifles, visit the Great Dane Rifles website.